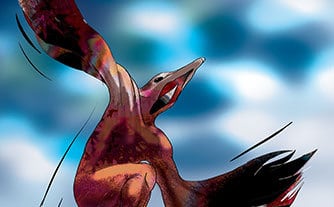 Entering the Maelstrom a step at a time.

My first graphic novel, The Oracles of the Dead, took me two years to write, draw, Photoshop and desktop publish in Indesign. I had retired from my life’s work as a psychologist and was bursting to get on with my youthful dreams of writing, creating art and bringing to fruition all my years of ideas that I back-burnered for so long. While I was able to dabble in art while having a career, early retirement opened the door to a whole new world both within and without, and that world just keeps growing.

The learning curve I have tread over those first 2 years was extremely steep but exciting. Like my psychology training dictated, the first thing to do was research. I reviewed various drawing programs, books on graphic novel writing, drawing and lettering, and read and read. I decided to take a course on graphic design, however, the instructor suggested that I look at various computer programs and try some free design programs like Gimp and Blender. I played around with those for a while before deciding to use Photoshop Creative Suite. I also found the Sketchbook Pro drawing program to be perfect for computer inking my drawing. In a learn-as-you-go process, I plunged in and began to learn Photoshop and Indesign by using the course books that they published. The best books that helped me get my computer graphic feet under me are as follows: